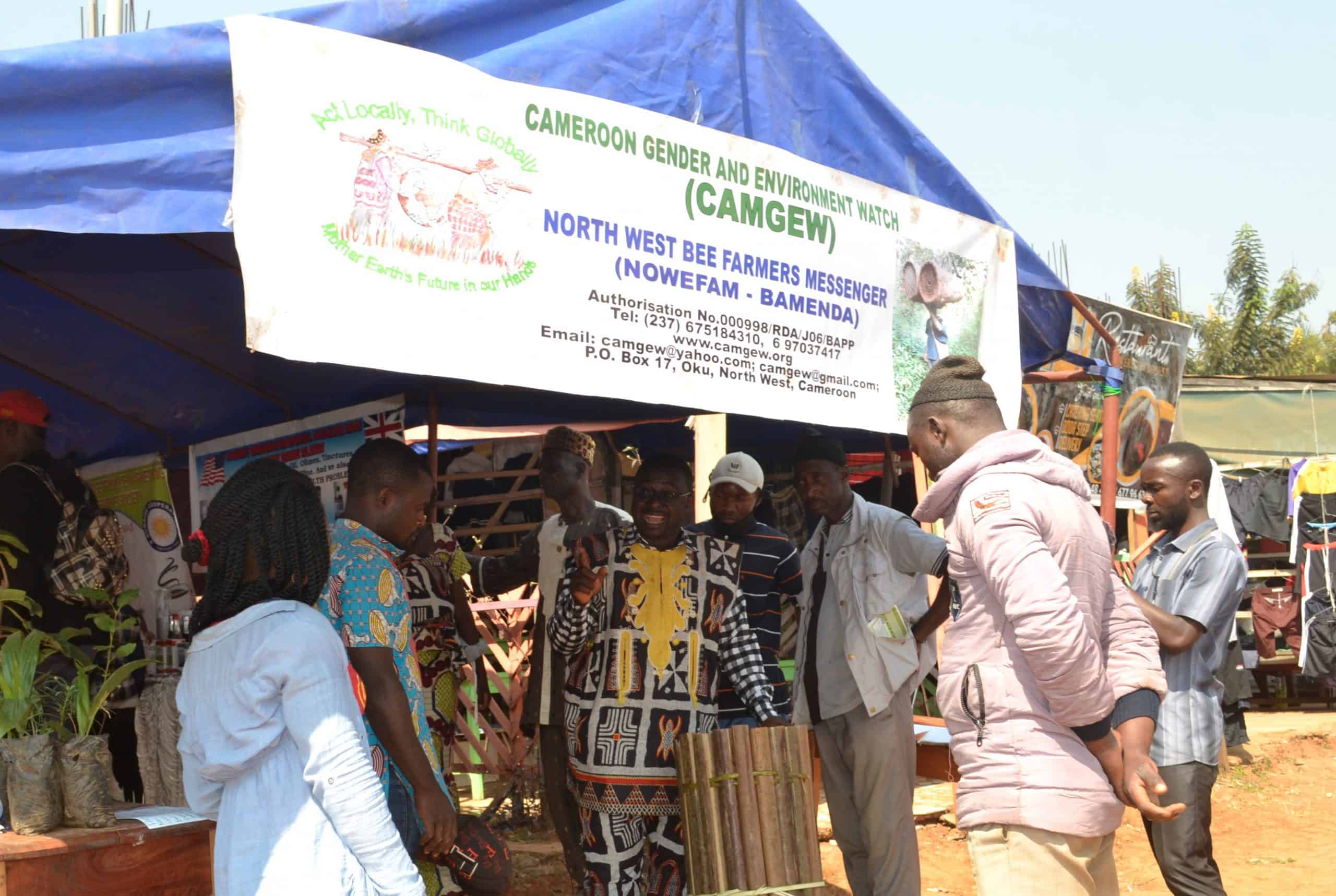 Although often overlooked, small-scale conservation projects are having a big impact on wildlife and communities – even in conflict zones, writes Martin Wright. This piece first appeared at Positive News.

“Honey is money! And to have honey, you must have forest!” Emmanuel Binyuy is shouting to me down a truly terrible connection from his NGO’s office in the far west of Cameroon. He’s raising his voice because the line is bad, but also to make himself heard over a group of kids playing noisily in the background.

The office is doubling as a shelter for children taking refuge from a sudden violent upsurge in a long- running civil war. And if that weren’t enough to worry about, there is the menace of Covid-19, too.

But Emmanuel doesn’t want to talk about violence or viruses. He really wants to talk about bees, honey and, yes, money. And the nearby forest – and the wonderful things that are happening to it.

It’s not the conversation you’d expect from someone in a country wrestling with such challenges. But stories like Emmanuel’s – and those of other forest communities around the world – don’t get told as often as they should. Yet they are quietly defying the odds by scoring surprising success stories in protecting and restoring their own patch of ground.

This particular forest is known as Kilum-Ijim and it rises up the slopes of Mount Oku in Cameroon’s remote Western Highlands (main picture above). It’s a fragment of rare montane rainforest which once cloaked the slopes and valleys as far as the eye could see. It’s been losing ground for decades – but not anymore. Now it’s starting to recover. Which is where the bees come in.

Emmanuel’s NGO, Cameroon Gender and Environment Watch (CAMGEW), is training locals as beekeepers, giving them the prospect of a decent income from honey and beeswax products – and an incentive to protect the forest from bushfires.

And it’s working. Fires are now a rarity – and when they do happen, he says, “people rush to the forest to put them out”. CAMGEW’s work doesn’t begin and end with bees. It’s set up tree nurseries to restore lost acres, where local schoolchildren care for the seedlings and “learn to love the forest”. It’s trained farmers in sustainable techniques, like forest gardens and alley cropping, which can provide better yields than destructive slash-and-burn methods (which all too often start bushfires). And it’s working with local women’s groups, arranging micro-credit loans to help them establish small businesses and earn their own income.

Result? Over the last decade, it’s simultaneously restored the rainforest and massively improved the lives of those who live in and around it. It’s an achievement that secured CAMGEW a place as a finalist in the ‘Natural Climate Solutions’ category of the 2020 Ashden Awards. Indeed, forests and climate are inextricably linked; the more we destroy them, the more we boost global warming. The more we restore, the more carbon can be safely locked away in their trees.

We can tell the scheme is working, because the forest is still there.

As if that weren’t reason enough to act, coronavirus has given us an added spur. There’s mounting evidence that clearing wildlife habitats such as these increases the risk of exposure to novel, species-jumping viruses, as was the case with Ebola and, almost certainly, Covid-19.

So, keeping forest intact is a double plus: calm the climate and curb the chances of triggering another – perhaps even more lethal – pandemic.

For many people like those in western Cameroon, simply leaving well alone isn’t an option. Forest land is often the only land available, and they have to make a living from it. Which is why initiatives like that of CAMGEW – helping local people to profit from keeping forests intact – are so essential.

Thanks to satellite imagery, the results are plain to see. Emmanuel puts it simply: “We can tell the scheme is working, because the forest is still there.”

Oh, and the honey? It’s delicious.