Sarah Butler-Sloss shares the qualities that make a clean energy superstar – and what’s needed to tackle the climate crisis. This month I’m stepping down as Ashden’s Founder-Director,
and taking a new role as Chair of our Board of Trustees. Since founding Ashden
in 2001, I’ve seen huge changes in the world of renewable energy. But one
constant has been the brilliance of our Ashden Award winners. It’s been the
greatest honour to get to meet them all. They are all trailblazers, showing us
the paths to a sustainable, prosperous and healthy future.

The Millennium Development Goals – the global plan agreed by
world leaders in 2000 – made no mention of sustainable energy, or energy access
for all. But energy is right at the heart of the Sustainable Development Goals,
which were set in 2015. That is one of many indicators of how much has changed
since we started Ashden 18 years ago.

When we started, the wider world really hadn’t seen the true
potential of renewable energy. It was still extremely expensive and its intermittency
was seen as a huge barrier. Today it is so much cheaper, and more often than
not very cost-competitive with fossil fuels. And the reducing cost of storage
and advances in demand response technology is beginning to overcome the
intermittency barrier. 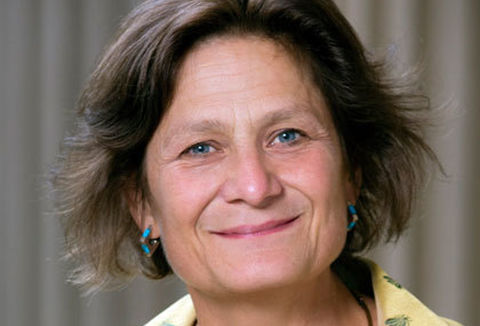 Despite great progress, we’re still tragically facing an urgent
climate crisis. Over the next ten years we’ve got to  halve our carbon emissions. It’s a huge
challenge – but it is vital we succeed, to avoid mass extinctions and the
destruction of human civilisation as we know it. We’ve got to forget about
business as usual. We’ve got the technology to move forward – now we need to
change our mindsets.

Thanks to David Attenborough’s documentary Climate Change – The Facts and his
expert and out-spoken speeches, to Greta Thunberg’s wise and inspiring words
and action through the school strikes, and to the protests of Extinction
Rebellion, recognition of the challenge is at an all-time high.  I pray the politicians and policymakers, the investors
and the business world will act on this to solve the greatest of all challenges.

The best of the best

Over the years I’ve met some amazing changemakers, like Dipal
Barua from the Ashden Award winning social enterprise Grameen Shakti. He was a
very driven man, focused on empowering women and improving their lives and the prospects
of Bangladesh’s rural villages. He applied great values with a really keen
business sense. He was always exploring new ways of reaching people, while
watching the organisation’s sales figures like a hawk. He constantly adapted
and improved the social enterprise to diversify, scale up and reach thousands
more people more effectively and quickly.

Another inspiring person was Amitabha Sadangi from IDEI. His
organisation promoted foot-operated water pumps that helped farmers escape
poverty. He was training people and enabling a whole range of businesses,
looking to create as big an impact as possible. And he had an amazing way with
marketing – he’d get vans to go around the villages showing Bollywood-style
films that showcased the pumps.

These are just two of the phenomenal innovators who really
listened to what people wanted. Their projects transformed lives for the better
and had a big impact on carbon reduction. That sums up what Ashden is about. In
recent years, we’ve seen winners in the UK and the developing world make use of
cutting-edge digital technology. They are enabling the arrival of smart energy in
even the poorest and most remote communities.

It’s been an honour and a privilege meeting the many great leaders
and thinkers that have spoken at our Awards – among them Nobel winner Wangari Maathai,
the nation’s hero David Attenborough, the UN’s Christiana Figueres and Former
Vice-President Al Gore – and hearing them praise the work of our winners and
the work we do.

Our Patron, His Royal Highness The Prince of Wales, has been
a very loyal supporter. He has a deep interest in the work of our winners, and
he is very informed about sustainability issues.

I’ve always been proud to share stories about the incredible
power of renewable energy. I remember persuading the historian Neil MacGregor, then
Director of the British Museum, to speak at our awards ceremony. When I
explained the impact of a solar panel on the roof of a home in rural Africa, bringing
power to people whose only previous light was a kerosene lantern, Neil’s jaw
dropped. He had no idea. 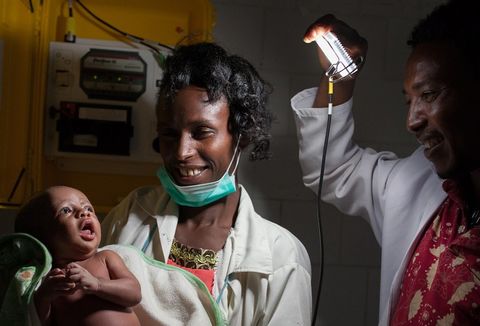 Finalists announced for the 2019 Ashden Awards

When he gave his speech at our Award’s ceremony, he eloquently
described how since the dawn of history we’ve been worshipping the sun and
wanting to capture its power – and now, through solar technology, we are doing
that and using it to transform lives. Imagine our delight when he chose the
solar lamp that we had rewarded that year as the hundredth object in his radio
series and book A History of the World in
100 Objects.

It is very frustrating that the world isn’t doing more to
tackle climate change, but within that one particular pet frustration of mine
is clean cooking – the need to replace polluting stoves and open fires with
safer, cleaner alternatives. The world cares more and more about women’s issues,
but this gets far too little attention.

We must understand the risks women, and their children, face from deadly indoor air pollution and burns, not to mention the hours wasted collecting fuel. Wouldn’t
it be wonderful if the health community embraced this issue and started prescribing
clean cookstoves to those women and children suffering from severe lung or
heart diseases? After all, cooking-related air pollution is linked to nearly
four million deaths a year.

But it’s not just the health sector. Funders, politicians
and experts everywhere all need to understand the wider benefits of renewable
energy. That understanding will help unlock finance and give our winners the
attention and support they deserve. The work of our 2015 winner SHINE, part of Islington
Council in London, shows the power of joined up thinking. This organisation brings
together health agencies, local authorities, charities and energy experts to
help vulnerable people escape the health impacts of fuel poverty.

When I started Ashden, I thought the answers to our energy
challenges were so obvious. My idea was to do this for five years, and I hoped
that by then the world would have woken up to what was needed.

I was so naïve, and I certainly never dreamed Ashden would
get this big. But it needs to get even bigger, and we need an even louder
voice. We’ve made progress, but there’s so much still to do.

It is a great privilege therefore to hand over the reins to
the very impressive Harriet Lamb, our new CEO, who has been the very successful
and impactful CEO of Fairtrade Foundation, Fairtrade International and
International Alert. She succeeded in transforming the little known Fairtrade mark into a household name.

I very much hope she can have a similar impact in the world of sustainable energy, energy access and the just transition. I
know for certain that Ashden can play a valuable role in making a rapid
transition to the low carbon economy that we so desperately need.