Sadly not. Her blink and you’ll miss it line that we need to leave the environment in a better state than we found it demonstrates, once again, why so many are looking to cities to lead on the low carbon transition.

Ashden’s liveable cities programme aims to help city regions, their mayors and policy makers in that effort. Our city region network met for the second time last week, with more cities in attendance than last time and a focus on how they can make local industrial strategies (LIS) work for the environment. As before, openness and therefore Chatham House rules were essential, but some key themes emerged.


LIS – the talk of the town

Local industrial strategies (LIS) are on the cards for city regions around the country. Whether they’re already trailblazers, in the second wave, or yet to formally embark on their LIS, the strategies are already defining economic planning and pulling other issues into their orbit. They’re a channel for city ambitions and a route to getting mayors engaged with clean growth, given its billing as one of four ‘grand challenges’ (along with AI/Data, Future of Mobility and Aging Society) for them to address.

BEIS Minister for Energy and Clean Growth, Claire Perry, has made it clear that she’s looking to cities to help deliver the low carbon transition, capture its opportunities and deliver resilience to climate change. But while the LIS trailblazers may be putting clean growth front and centre, other city regions representatives were less sure how well embedded it will be. Many worry that clean growth is still seen as a sector that a local economy either does or doesn’t have, rather than an approach to apply across it.

As Angela Francis, chief economist at Green Alliance, put it when sharing her expertise with the network, “Forget about widgets. This isn’t about whether you have low carbon businesses locally, it’s about how your economy works, and whether it will continue to work when climate impacts and resource constraints hit.” Tackling those things now, asking questions about the resilience and adaptability of all sectors, and creating the jobs and skills that a cleaner approach requires will deliver the stronger, leaner and more productive economies that industrial strategies are intended to support. 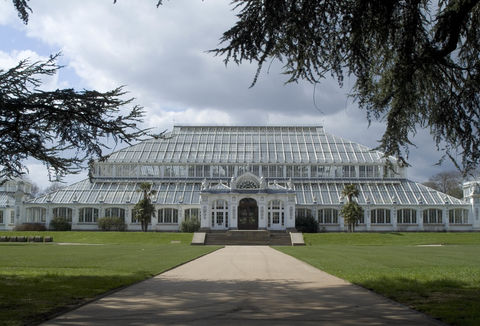 This is strong message for city representatives to take to their leaders, but attendees highlighted that the understanding of clean growth, where it exists, is frustratingly limited when it comes to wider sustainability. City representatives noted the change in language they have seen as a focus on economics, innovation and technology has become primary. Tackling climate change has become green growth, which has become clean growth. But, as one city rep said, “is ‘clean’ green enough?”

The wide range of benefits that action on climate change and clean growth can deliver, from health to tackling social inequality came up over and over in discussion. On the plus side, highlighting these benefits is a tactic for engaging mayors and decision makers that don’t yet ‘get’ the agenda. But this contrasts with the fact that economic plans, which quantify everything in gross value added (GVA), make it very difficult to value and include these benefits.

Attendees also highlighted a difficult tension when it comes to engaging mayors on sustainability. There is a disconnect between the ambitions that mayors are often found to be touting, such as making sure their city wins the global race, and the decentralised approaches to energy and decidedly local challenges like retrofit that are needed to meaningfully improve things in their city regions. The funding streams on offer also push mayors and city leaders towards big ticket infrastructure projects, even when they personally understand the complex, multi-faceted issues like fuel poverty, which demand their attention but are far harder to address.

City reps in attendance had different views on how to tackle this. Some felt that getting their energy strategy right will provide the foundation for a low carbon LIS. Whether they realise it or not, mayors and their significant ambitions for house building and transport infrastructure improvements are dependent on a sustainable approach to energy if they are to be future proof. For some, this under the radar approach to embedding sustainability was the most realistic route.

Others placed more value on the optics, looking to increase visibility of environmental commitments and get their mayors to brand things clean or green, thus giving them a mandate as officers to get on with the hard work of figuring out how to make it happen. Swapping ideas about how to engage mayors with clean growth and the more complex challenges which populate sustainability to do lists is a valuable function of the network and something we will build on.

Where has the consensus gone?

The UK claims a lot of credit for making climate change an issue of political consensus, compared to countries like the US or Australia where it remains divisive. But frank discussion among the city network raised questions about whether we can count on this consensus at the local level. In-fighting over energy strategies and reluctance to engage with the green agenda were stark reminders of the fact that many of these city region administrations are still in early days. The febrile atmosphere in which decisions are being made and the fractious local politics that mayors find themselves navigating are at risk of eclipsing their ability to focus on anything but the most limited list of agreed priorities, let alone the nuances of whether a clean growth agenda can also recognise and value social benefits.

Hearing those points was a useful reminder of the context we’re working in but is not the note to end on. What ideas for action did the group came up with? The need to engage a wider range of city decision makers with the clean growth agenda, and a broader definition of it, seemed pressing. Attendees were keen to explore the idea of briefings that would draw out the links between the low carbon agenda and other issues that leaders care about it, equipping officers with different routes to engaging their decision makers. We’ll be exploring how we can make this happen with our partners.

There is also scope for exploring how, and if, the many local industrial strategies in the earlier stages of development will embrace the clean growth agenda. If cities are to be key partners in delivering the low carbon transition, is BEIS supporting them in taking an economy wide approach to the issue? If not, there is a risk that, collectively, local industrial strategies won’t set us on the path we need to tackle climate change. Of course they aren’t the only strategy in town, but they look set to be defining ones and will need to build more sustainable, resilient economies for city regions and their communities – securing local benefits even as they aim to be global players.