Empowering women and thinking local will save lives Everyone in Britain’s a masterchef these days. Students are
adding lemongrass and a hint of chilli to their baked beans, or rustling up
vegan delights that put me to shame. But for billions of people around the
world, especially women, cooking is no fun – it’s dangerous or even deadly.

Household air pollution from cooking, heating and lighting
causes a staggering 4 million premature deaths a year, mainly in the poorest
countries. That’s more fatalities than malaria and HIV combined. Women, who
still cook most of the world’s meals, are most at risk. But this remains a
hidden killer, too often overlooked by public health experts, NGOs and funders.
While proven clean cooking solutions do exist, they are out of reach of many
families.

The numbers are stark – 3 billion people around the world depend
on cooking with wood, charcoal, and animal dung on polluting open fires or
inefficient stoves. In countries including DRC and Mozambique, less than 5% of
people use clean fuels as their primary means of cooking. Every year, 400,000
children under 5 die as a result of household air pollution.

When I lived in southern India I knew a woman who was a
landless labourer from a low caste. Every day she walked miles to work in the
fields, coming home at night to start her second shift, collecting firewood and
then squatting down to cook chapatis and vegetables for her family on an open
stove, pushing sticks into the small fire. Smoke engulfed her tiny one-room
home. She wheezed constantly, suffering from terrible asthma and a hacking
cough, but had no money to buy medicines.

Emissions from household cooking also spread beyond the home
and into the atmosphere, driving climate change. Inefficient stoves lead to
higher fuel costs and greater deforestation, as more wood is needed to cook
every meal – wood that women and children must spend hours gathering. It’s a
bleak story of blackened walls, scarred lungs and environmental damage.

Inaction on clean cooking is condemning a new generation of
women and children to indoor air pollution, threatening significant
deforestation and stalling economic growth. That’s the verdict of the new
energy progress report from Sustainable Energy for All, which is tracking
progress toward UN Sustainable Development Goal 7: affordable and clean energy
for everyone.

Think local to save lives

There is no single solution – no product ideal for every
customer, from Cambodia to Costa Rica. Indeed, rural areas are littered with
inappropriate clean cookstoves, designed for one context and pushed too widely,
that women have tried and quickly abandoned.

But there a host of different stoves with now
well-established technologies, all of which reduce the toxic smoke in people’s
homes. These draw on clever design features and make use of cleaner burning
fuels, including biogases and pellets and briquettes made of compressed organic
matter.

Many improved stoves don’t eliminate the dangers entirely –
particularly if they still rely on polluting fuel. However, even these improved
stoves are often still too expensive for many families. Even though better
cookstoves lead to lower spending on fuel, users face high up-front charges for
the devices, and they simply don’t have the cash. Clever financing options are
one answer. The latest solutions often make use of smart meters and pay as you
go technology, allowing people to get a stove for a low initial price and buy
it outright over time.

Lessons from the clean cooking trailblazers

Genuine engagement with their customers marks out top clean
cooking innovators. For example, Kenyan company BURN Manufacturing works
closely with communities to find out what cooks need, then field test designs
before manufacturing them in Africa’s first modern cookstove plant. In India, when
a marketing strategy based on the health benefits of Greenway Appliances’
stoves fell flat, the company branded them as an aspirational product and pushed
their time-saving potential – and sales took off. 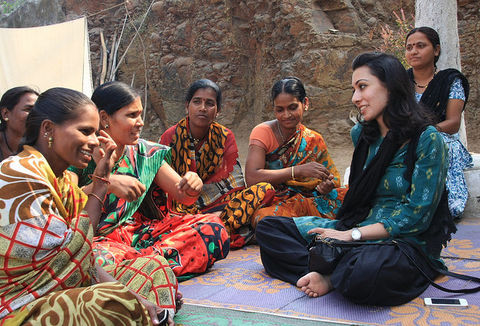 These trailblazers reveal key lessons for governments and investors:
focus on affordable solutions, insist that end-users (particularly women) are
involved at every stage, and consider the wider rewards of action on clean
cooking – the social, economic and health benefits. And while better cookstoves
are welcome, we must also direct research and funding toward 100% clean and
safe solutions.

In the sector, opinion is divided on the topic of liquified
petroleum gas (LPG), a cooking fuel now used by millions. While it delivers huge
benefits – including protecting users’ health, saving them money and tackling deforestation
– it is still a fossil fuel, the production of which damages the environment
and releases carbon that speeds up climate change.

While LPG has positive impacts, it should be a bridge to
more sustainable solutions rather than an end destination. For now, those of us
living carbon-intense lifestyles could think about cutting our carbon impact –
so the world’s poorest people can cook safely, something so many us take for
granted. 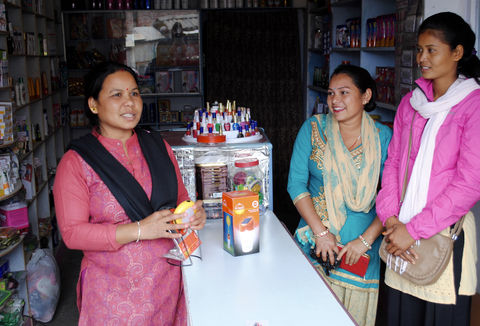 It’s not hard to see why the dangers of clean cooking have been
ignored for so long. Denied power, women will inevitably see their problems
shoved down the list of national priorities. A lasting solution to the clean
cooking crisis will only come with systemic change that allows marginalised
people, including women, a seat at the table.

Change is urgently needed, not least because it would push
progress word other Sustainable Development Goals such as 3 and 5 (healthylives and gender equality). However, the clean cooking challenge reveals a sobering
truth – that no technology or service, however brilliant, works in isolation.
The path to our renewable energy future needs more than new products: we must
have a just transition, putting fairness and justice at the heart of everything
we do.