Find out Hydrologic's advice for other social enterprises and its lessons learnt since winning an Ashden Award.

Evolution from NGO to Sustainable Social Enterprise by Hydrologic 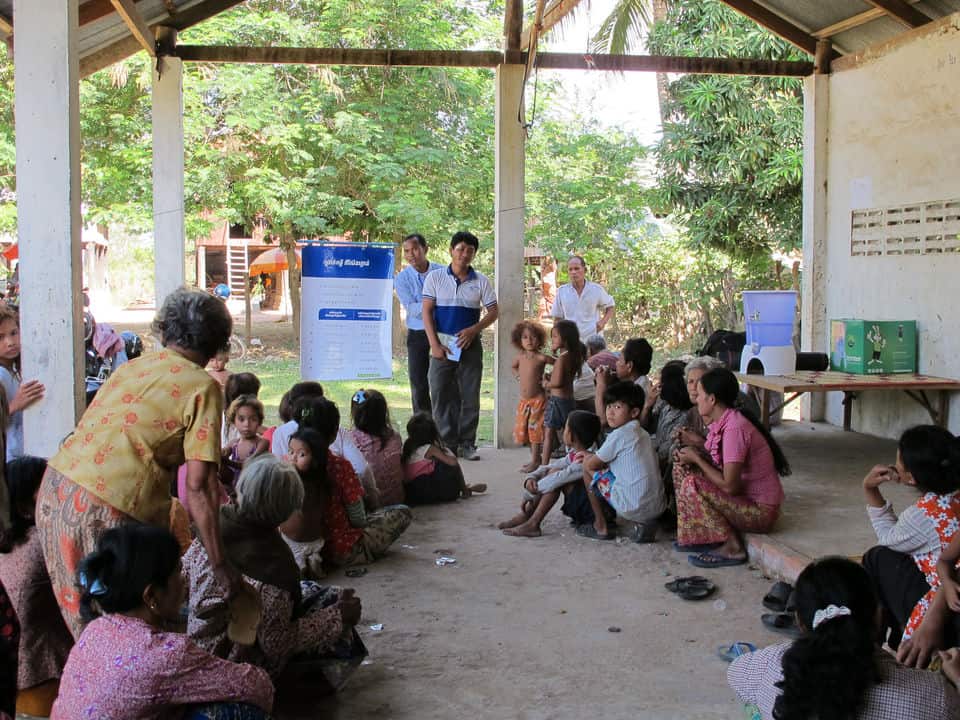 Hydrologic Social Enterprise won an Ashden Award in 2012 for its work protecting people’s health, and Cambodia’s forests, through the manufacture, sale and distribution of affordable ceramic water filters to customers in rural Cambodia.

Hydrologic’s roots go back to a safe water programme initiated in 2001 by the international NGO, iDE. In 2009 iDE received technical and financial support to facilitate the transition to for-profit enterprise.

Formally registered in 2010, Hydrologic expanded its production capacity, established a rural sales force, partnered with a microfinance institution, and became certified to generate and sell carbon credits. Hydrologic became profitable in 2012 and has remained so each year since.

Factors affecting the decision to become a social enterprise included the scale and complexity of the production and distribution, the generally low level of development in the existing ceramics industry, the importance of quality control for a health-related product, and the lack of a strong regulatory environment to protect consumer interests.

The social enterprise approach was deemed the most practical option for achieving sustainability while maintaining positive social impact.