As cities look to finance their low-carbon ambitions, could local finance make a come-back?

How should cities finance their low-carbon ambitions? In 1914 there were 22 regional stock exchanges across the UK, and the Halifax Building Society served the citizens of Halifax rather than the whole country.  As cities look to finance their low-carbon ambitions, could local finance make a come-back?

This was just one of the questions discussed at our Ashden After Work debate on 3rd October focussing in on green city financing.  Our panel, ably chaired by Ian Simm, CEO of Impax Asset Management, included experts from C40 Cities, Climate-KIC, the Climate Bonds Initiative and Ashden winner, Abundance.

Justine Leigh-Bell of the Climate Bonds Initiative began with the stark point that “if we won’t mobilise institutional capital for the climate change agenda, then we’ll fail”. Which is why the tripling of the climate-aligned bond market in the last six years is good news. China tops the country rankings, but Europe has the highest number of climate-aligned bonds outstanding.  The UK is one of the leading bond issuers, but little of this money reaches cities.  This is in sharp contrast to the US, where green municipal bonds are common.  This point was re-iterated by Manisha Gulati of C40, who said that most of the “big fancy climate funds just weren’t reaching cities”. 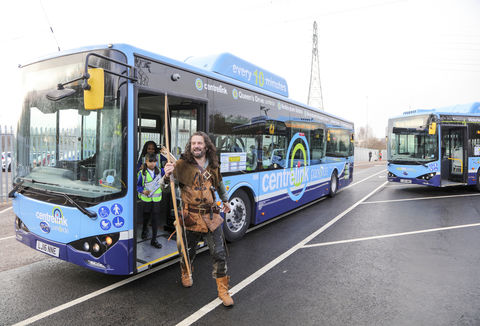 Given many cities now have big low-carbon plans, why aren’t they accessing green finance?  According to Manisha, cities lack capacity in accessing private finance, particularly in aggregating projects into a ‘bankable’ pipeline.  They have their objectives in sight, e.g. upgrading a bus fleet, but do not always have the experience to align this with the objectives of financiers. And there are inevitable challenges in making climate projects bankable – a city wanting to raise funds to retrofit homes needs to be able to guarantee a return, which can be difficult when energy savings are unpredictable.

Often low carbon projects help cities to avoid future costs, whether it’s saving on health costs or providing jobs; the challenge is how to transform this into a return for investors. CFOs in cities are essential partners in any low carbon endeavour, so getting them on board with this perspective and becoming stronger advocates for it is critical.

Tom Osdoba of Climate-KIC agreed strongly with the finance/project mismatch but did see hope. In his North American experience, once cities really got to grips with the complexity and potential of projects, such as setting up their own energy company, it often increased their appetite for reaping the benefits. If they were going to so much trouble, they wanted their city to benefit, rather than an external investor. But he warned of the risks of cherry- picking high return projects rather than building a strategic programme that takes a city towards carbon neutrality.

Carbon taxation is another option for cities to raise finance.  London’s congestion and toxicity charges, though not aimed specifically at carbon emissions, have provided £150 million for funding of public transport projects.  Another example is Ashden Award winner Nottingham City Council’s Work Place Parking levy, where employers pay a charge for each employee parking space.

But, as Tom pointed out, you need to decide whether your priority is to raise revenue or shift behaviour.  He shared British Columbia’s experience – they introduced a carbon tax 10 years ago, on a revenue neutral-basis, so that all of the money raised is handed back to businesses and families.  This achieved buy-in from citizens but dispersed the funds across residents in low impact amounts. A more far-sighted approach, he argued, would have be to aggregate the revenue and to use that substantial amount for much higher impact programmes to tackle climate change. 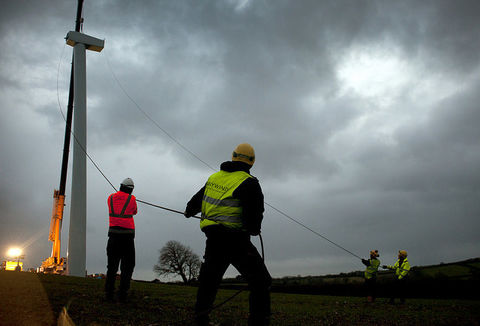 If large scale financier and city ambitions don’t match up, our discussion ended with asking whether there is another way? What about encouraging citizens to invest in their own local areas?  Ashden winner Abundance have been doing just that for 6 years, raising £75 million through crowdfunding for local energy and housing projects.  Abundance have been working with several UK councils who are keen to keep local money in the local economy, and to access the latent investment potential of their citizens.

According to Bruce Davies who co-founded Abundance, we talk about public services the wrong way. Local people should not be viewed merely as consumers who can expect services, but as citizens who see the services they value as something worth supporting and investing in; Abundance offer a minimum investment amount of just £5 so anyone can invest. This approach requires dialogue between a city and its residents, not historically a strong suit for cities either. But people will accept greater costs for things if they understand why and how they will benefit.

Learning from others’ mistakes

Our panel was in agreement that enabling the climate finance available to flow into cities, and to engage citizens in that effort, is paramount if we are to see the progress we need on climate change. This will require capacity building in cities and, importantly, openness about failure.  These conversations between cities should be held in private, outside of the glare of negative publicity. But, as we see in our own city region sustainability network, the power of learning from your peers is invaluable.

With close to 70% of the world’s population expected to be living in urban areas  by 2050, cities cannot delay taking action on climate change. Local building societies and regional stock exchanges are now a thing of the past, so cities themselves are having to act as the conduits for global-scale climate finance to reach the projects that are central to their low carbon future. At the same time, an engaged citizenry may provide surprisingly large amounts of capital from within cities themselves. There’s a lot of finance and a lot of ambition – let’s hope we can get them better matched up.