Let’s turn the tide on giving to climate causes We only have a few years to avert climate catastrophe. But right now, only a tiny fraction of donations from charitable trusts and individuals in the UK go to tackling the climate crisis. We can’t transform
energy networks and transport systems without also rethinking the way we give. And just like the wider struggle against climate change, we all have a role to play.

The lack of giving is made shocking by fact that public concern about climate change has reached record
levels – driven by images of burning Amazon rainforests, coverage of extreme weather and higher average temperatures at home and abroad. Climate activism, from protests by Greta Thunberg and the school strikers to direct action by Extinction Rebellion, fuels calls for action.

This action must include new campaigns, funds and investment products that help donations flow where they are so urgently needed. Philanthropic giving is often a catalyst for further investment from social-impact investors and mainstream backers. So philanthropy plays a crucial role in fostering innovation – growing the fresh, bold ideas we so desperately need. 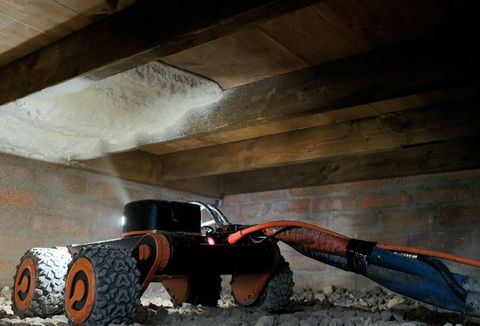 That’s why we’re working with the Climate Crisis Foundation on its Parents Pledge campaign. This new initiative aims to unlock up to $350 billion for climate change projects, by shaking up our approach to savings and investments. It’s the sort of ambitious, big-picture thinking needed to tackle the
emergency.

So how much are we giving at the moment? New research from the Environmental Funders Network shows that in 2016 UK foundations gave £105 million to environmental causes, and of this only 3.5%
went to climate related work. Just a drop in the ocean when over the same
period UK foundations handed out a total of £6.5 billion, according to the Association
of Charitable Foundations (ACF).

Individual giving is also falling
woefully short. The CAF 2018 UK Giving report revealed that of the £10.3
billion given to charitable causes in 2017, only 5% went to the very broad
category of ‘conservation, environment and heritage’.  These low numbers just don’t match the urgent
warnings of climate scientists, who have shown we’re risking irreversible
change to life on earth.

But pressure is building, and change
is happening. This summer saw the launch of the National Lottery’s £100 million
Climate Action Fund, and the establishment by hedge fund Quadrature Capital of a
$100 million climate focussed foundation. The Climate Emergency Fund, created
by a network of activists and wealthy individuals, has already made a £350,000
donation to Extinction Rebellion.

This wave of action includes the Parents Pledge. The initiative springs from a powerful fact – that if everyone around the world with savings or investments gave just 0.25% of that money to climate change causes every year, we would unlock an annual budget of $350 billion to fight the climate emergency and build our low-carbon future.

In the short term, the Parents Pledge initiative is helping people across the globe direct their personal giving to approved climate change projects – including Ashden. But the foundation’s final goal is to convince the investment industry to make it normal and easy for people to give money to climate change projects in direct proportion to their wealth.

Governments, businesses and civil society corporates and citizens all have a role to play in addressing the climate emergency. But the role of philanthropy – whether trusts or individual givers – is unique and absolutely crucial. Philanthropists must be fearless trailblazers, investing in new sectors and enterprises. They need to target radical carbon reduction, recognising the urgency of the challenge. And they can help steer us towards a just transition, using clean energy and other innovation to build a fairer world with justice and opportunities for all.

Of course, philanthropists need support too. Governments and financial institutions must create the laws and products that make giving to climate causes easy and attractive. The causes themselves must use donors’ money wisely to create maximum impact. And we all need to promote the immediate, wider benefits of climate action – such as poverty reduction and better health – that can unlock investment from a broader range of philanthropists, and win public support for change.

With their concern for others and hunger to drive change, philanthropists are vital allies in the fight ahead. We simply can’t save the world without them.