Zola Electric wanted to make solar electricity a mass market option to provide power for lights, mobiles, radios and other devices. Their model uses the growing availability of mobile money in East Africa to sell solar-powered electricity as a daily service. They service over 10,000 homes with entry-level service costing $0.19 a day.

With between two and three kerosene lamps replaced by each Zola Electric system, the saving from systems currently in use is over 2,300tonnes/year CO2e.

East Africa is emerging as a hotbed of creative solutions to meeting the energy needs of the poor. Mobile money – where customers pay with their mobile phones – is increasingly used as a method of payment.

Zola Electric is a leader in Tanzania, using mobile money to sell solar power as a daily service at an affordable price. But service doesn’t just mean the power itself. It also means exceptional customer service, including an all-day customer care telephone line and ongoing support from a local agent.

With more than 10,000 households taking up the service since April 2012, as fast as systems are manufactured they are off to customers – thanks to a sophisticated app-based customer registration and product tracking system.

A growing range of services can be provided from a small amount of electrical power. Mobile phones, which 10 years ago were just for calls and SMS, can now provide internet and mobile money services. But in Tanzania, like many other places, the spread of mobile phones has far outstripped the spread of grid electricity, as 85% of the population still lived off-grid in 2011. This included most households in rural areas, but also those on the outskirts of cities like Arusha where, although the grid is available, the connection cost of around US$700 is prohibitive for most people.

The power to run lights, mobile phones and other small appliances can be provided with a modern solar-home-system, but concerns including the initial cost and aftersales service prevent widespread adoption.

The founders of Zola Electric shared a fundamental vision to make solar energy accessible and affordable: a mass market option instead of a niche product. Pooling their diverse expertise, they developed a business idea to make use of the growing availability of mobile money in East Africa to sell solar-powered electricity as a daily service. 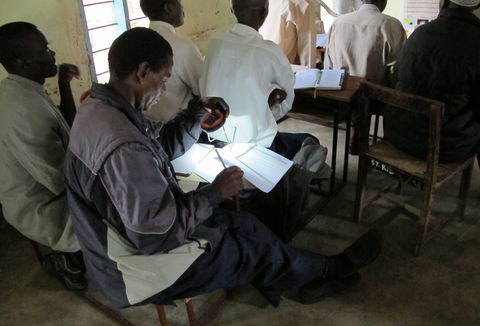 Zola Electric (then called Off Grid Electric) was founded in 2011 by Xavier Helgesen (CEO), Erica Mackey (COO) and Joshua Pierce (CTO). Its Tanzanian-registered business manages sales of solar services from its headquarters in Arusha, and its Seychelles-registered business manages investment, hardware and software development. By March 2014, Zola Electric had approximately 90 staff and several hundred local agents. The company has been financed mainly by equity investment – the most recent equity round raised US$7 million – which is supplemented by debt and grants (see box). It is in the process of negotiating a larger debt agreement with a syndicate of banks, to support its rapid growth.

Zola Electric provides an agreed level of service from a solar-home-system installed in a customer’s home. The customer pays for the service using mobile money, with a minimum payment of one day’s use.

The entry-level service is two bright lights and a phone charger for eight hours per day. Customers can add further appliances at an additional cost. The second level has up to  six lights, two phone chargers and a radio. A third level, which powers a TV, is being field-tested.

How is it promoted?

Zola Electric works area by area to recruit customers. Work in an area starts with a publicity campaign and installation of some demonstration systems. Local people who are interested to become agents pay a (refundable) fee for training and become responsible for recruiting customers and installing systems in their neighbourhood.

After a system is installed, the payment control is set up by the agent, who shows the customer how to operate the system and make their first payment. Zola retains ownership of the system, and if needed, will replace or repair it at no cost, provided that the customer is paying for the service.

Customers make your life for you: you have to make sure that they are served well.

Customers pay a deposit of TZS10,000 or 15,000 (US$6 or 9) and daily fee of between TZS 300 and 1,000 (US$0.18 and 0.63), depending on the level of service that they have chosen. All payments are made using mobile money. Many people in Tanzania can use this through their own mobile phone, or else through a local mobile money kiosk. But those without easy access aren’t excluded, because their Zola Electric agent can take cash and make the payments for them. 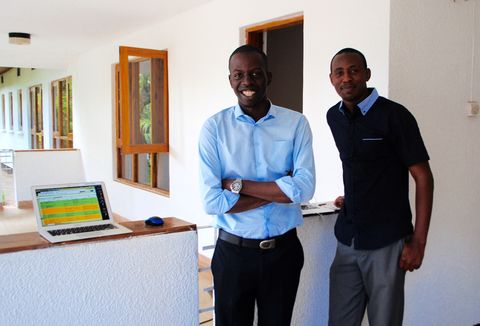 When payment has been made, the customer receives a code to activate their system via SMS. The minimum payment is for one day, but any higher amount paid is automatically pro-rated to the appropriate time period (down to the nearest minute!). When time runs out, the system is automatically disabled until it is topped up again. The customer receives an SMS reminder the day before this is needed.

This payment system gives great flexibility to customers. Those without reliable income can pay one day at a time – and can miss the odd day with no penalty. Others who earn seasonal income from agriculture may decide to pay for several months in advance. Zola Electric covers all transfer charges to the mobile money provider, so there is no financial penalty for those who make small top-up payments.

Zola Electric emphasises customer service, and its HQ has a large customer care department that runs an 18-hour-per-day call centre. The centre both initiates contact to customers and responds to calls from them. New customers are called several times to check that they know how to use their system, and existing customers are contacted if they fail to top up regularly.

What I love about my job is that I can use my mind and at the same time do something for the community, by bringing light to people who need it.

Customers are encouraged to call in with any problem, and also if they want their service level changed – for instance, an extra light added, or in future a TV. For any matter that can’t be sorted over the phone, a service request is sent to the customer’s agent, along with hardware, if needed. The agent is responsible for meeting service requests, and has a financial incentive to do so promptly.

Agents are in the front line for both finding and retaining customers. For this reason, each regional office has an ‘agent success’ staff team, responsible for recruiting, training and supporting their agents.

Zola Electric users benefit from good quality electric light, which makes it easier to study, work and relax at home. A Zola Electric survey suggested that study time is significantly increased. Traders can attract more evening customers if their shops are well lit, and lights outside homes increase safety and security at night. Removing the need for kerosene lamps eliminates their health-damaging fumes and the risk of fires from lamps that are knocked over.

Being able to charge a mobile phone at home is also a great benefit, avoiding both cost and hassle. And with mobile money taking off rapidly in Tanzania, phones provide a popular financial service.

The cost of the Zola Electric service is on par with kerosene for lighting (typically US$0.25 per day), and customers can pay in the way that suits them best. Users have been quick to optimise the service to their needs – for instance, sharing a system with a neighbour, or using less lighting in order to earn money by charging phones.

The level of customer care provided by Zola Electric is quite unusual and much appreciated.

Staff have good conditions of employment, including benefits, hot meals and (for those required to work out of normal office hours) transport. Many jobs are suitable for the growing number of young graduates in Tanzania. They start at salaries similar to teachers, with good prospects for promotion, if they perform well. And there will be increasing opportunities for more experienced professionals to head up regional offices as they open. Zola Electric has a strong focus on developing staff talent, using bonuses to incentivise good customer service and efficiency.

Many energy access businesses work through agent-based sales. Zola Electric has professionalised the role of the local agent through training, equipment and regular support. Their agents earn commission, not just for recruiting new customers, but also for providing good ongoing service. This avoids a problem often found with agent-based sales – that agents’ earnings drop off because they can’t find new customers after they have exhausted their immediate neighbourhood.

Agents and some staff are paid using mobile money. It is the availability of mobile money, coupled with Zola Electric’s customised software, which enables the company to run a complex system of salaries, incentives and commission to staff, agents and others.

Winning the Ashden Award brings Zola Electric onto the global stage. This platform will be transformative in attracting top talent and resources to our team – accelerating our ability to power millions homes across Africa.

Reducing kerosene use cuts greenhouse gas emissions: the CDM default value for the saving is 0.092 tonnes/year CO2e per kerosene light point. With between two and three kerosene lamps replaced by each Zola Electric system, the saving from systems currently in use is over 2,300 tonnes/year CO2e. Further cuts result from the reduction in soot (black carbon) emissions.

Zola Electric has already begun rolling out its solar-powered electricity services across Tanzania, bringing in an increasing range of appliances with TV next in the pipeline. When the company’s regional expansion process is well established, it will start operations in other countries.