Shuttl digitally crowdsources demand for, and serves, bus routes in Indian cities, especially along commuter routes and at peak hours, providing some 35,000 journeys a day.

Using the Shuttl app, customers can view timetables, track buses and book seats. Shuttl is currently the largest company of its kind in the world.

57% users have switched from private vehicles

66 million passenger miles have been served to date

"It is very rare indeed that sustainable transport interventions produce as many benefits as Shuttl, starting with the reduction in car trips which is a huge contribution to reducing congestion, pollution and improving road safety." 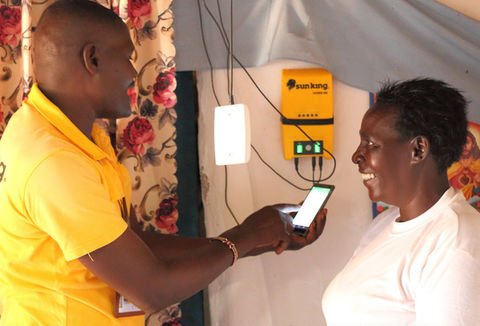 Air pollution in cities is at critical levels worldwide and the Delhi region has suffered particularly badly, in part, due to the growing number of private vehicles on the road. This leads to severe congestion and long delays in commute time. It is estimated that the Indian economy loses over $10 billion each year due to traffic jams on Delhi roads (IIT, 2017). Public transport provision has been improving but, in many places, it is overcrowded, unsafe, or simply unavailable. There is great need for reliable, affordable and safe forms of public transport to connect the many parts of the city not reached by the current network. Shuttl is using digital technology and analytics to do exactly this.

Shuttl is creating new bus routes in the Delhi National Capital Region, which includes prominent cities such as Delhi, Gurgaon, Faridabad, Noida and Ghaziabad, providing 35,000 rides a day via 600 buses and 300 pick-up points. The company crowd-sources new routes that residents would like to use, through their app, website and face-to-face surveys. This produces a heat-map of demand, which Shuttl uses to create optimal routes, stops and schedules, as well as to determine the size and number of buses needed. Using this methodology, Shuttl achieves 90% occupancy on their buses.

Shuttl hires private buses, with an average of 36 seats, for a pre-defined time and fixed monthly fee. They are clean, comfortable and air-conditioned and almost all run on CNG. The buses are enabled with a GPS device and the driver app. Drivers are trained to use the driver app and follow the digital itinerary.

Shuttl also provides employment, gives women a much safer, well-regulated and monitored travel choice than is available with private and municipal buses and offers a clear route to a huge improvement in bus services in many cities around the world suffering from poor quality, unregulated and unsafe bus services.

Shuttl also provides a customer app, where it is possible to view schedules, reserve seats, navigate to stops and live-track buses. Once reserved, customers are guaranteed a seat on the bus. Shuttl’s customers are largely young daily office commuters. They purchase a monthly, quarterly or six-monthly pass. Payment is cashless and upfront. On average, a Shuttl ride costs $1.50 for a 20-mile journey. This is on-par with the Delhi Metro and considerably cheaper than on-demand taxi services. An encrypted audio authentication system ensures only customers who have booked a seat can board the bus. Shuttl also works with large companies offering commuter services to groups of their employees.

Getting people out of private cars and onto shared transport is notoriously difficult, yet 57% of Shuttl customers have chosen to switch from private cars to Shuttl buses. Shuttl has achieved this by offering an aspirational alternative – a comfortable, reliable and affordable service that allows passengers to reclaim commute time lost to traffic. Shuttl estimates that most passengers spend three hours a day commuting, and they can now use this time to work, chat, read, watch films and catch up on sleep – in comfort.

I see this application as a long-awaited stimulus to a general improvement in bus services in all heavily congested and polluted cities globally and we now know that this improvement reduces car trips. This is gold dust.

Shuttl is taking an estimated 10,000 cars off the road each day, reducing congestion and air pollution. They estimate that a Shuttl passenger-mile consumes 10 times less fuel than a car-passenger-mile. According to WRI calculations, Shuttl is saving 2.3 thousand tonnes of CO2 per year. They are also improving the livelihoods of their workforce. Shuttl drivers are earning on average 40% more with Shuttl than they were previously. Through the service, 4,000 jobs have been created.

Concerns around safety while using public transport is a major barrier preventing women’s participation in the workforce in India. The Shuttl team is tackling this through live-monitoring of operations to ensure the buses run safely and reliably. They keep a constant eye on things like punctuality, correct-stopping and safe driving and can alert emergency response teams stationed around their network if needed. As a result, 37% of Shuttl passengers are women. This figure is high, since women represent less than 20% of the formal urban workforce in India (Gov. of India 2016). Other safety features include SOS buttons on the bus, a ‘Share Ride Details’ feature which allows passenger’s emergency contact to track their live location and an opt-in ‘Home Check’ which triggers an alert if a passenger doesn’t reach home within a pre-defined window after disembarking.

In the future, Shuttl plans to expand the routes and cities served as well as their partnerships with companies to offer commuting services to groups of employees. By 2020, they plan to have expanded their services to a range of other countries. An important part of their work is sustainable mobility advocacy, and they hope to work with government to optimise permit regimes to enable more efficient, safe and sustainable mobility solutions across India.

A missed chance to kick-start the home heating revolution