Ashden has backed a student campaign for the government to put climate change at the heart of England’s curriculum and ensure all school buildings are net zero by 2030.

Today 50 students from the Teach the Future campaign will visit Parliament to unveil their draft English Climate Emergency Education Bill, the first education legislation to be written by students.

They point to the fact that only 4% of students feel they know a lot about climate change – and 75% of teachers feel they haven’t received adequate training to educate students about the issue. 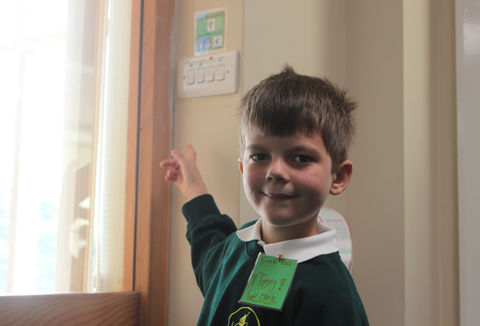 English education providers from primary to sixth form would be required to teach the climate emergency and ecological crisis. And there would be new funding for the upskilling of teachers and lecturers, teaching resources and youth-led climate and environmental social action in every school, college and university.

Ashden CEO Harriet Lamb said: “We really applaud this initiative. Every day 10 million people go through the school gates. Transforming our schools is a wonderful way to engage with local communities and make the changes that will address the climate emergency.

“We at Ashden support the students, and hope MPs and government will get behind them too.”

Teach the Future launched three months ago and is jointly run by the UK Student Climate Network (UKSCN) and Students Organising for Sustainability UK (SOS-UK). Their parliamentary reception is being hosted by Nadia Whittome, the youngest MP in parliament.

Student Mary Skuodas, 15, said: “In the 1950s the US Government passed their Defence Education Act, which was a massive investment in teaching science, technology, engineering and maths across all forms of education. They did that so they could win the space race, and they did. We now need a similar massive investment in our education system, so we can combat the climate emergency”.