While public transport is a relatively sustainable sector, it nevertheless uses significant amounts of energy, and has scope for improving efficiency. De Lijn, the public transport provider for the Flanders region of Belgium, has developed an innovative solution to reduce energy consumption for heating on electrically-powered vehicles using simple and inexpensive but highly replicable technologies.

De Lijn runs networks of buses throughout the region and trams in three of the five Flemish provinces. The Flemish regional, provincial and municipal governments are De Lijn’s stakeholders, and the company employs around 8,000 people.

"“This is fantastic lateral thinking from a company that has realised that the first and most important step in saving money and reducing CO2 emissions is to measure what’s actually happening. Its pioneering low-energy heating system has great potential to be rolled out far and wide.”"

The transport sector accounts for 22.5% of Belgium’s greenhouse gas emissions, with road transport – freight and private car combined – accounting for 97% of these. Getting more people onto public transport is one way of reducing contributions from cars. But public transport also incurs a carbon and energy cost which needs to be carefully managed if it is to represent a viable alternative to driving.

In 2009, public transport provider De Lijn calculated that over three quarters of its ecological footprint came from energy use. But careful monitoring of the company’s electrically powered tram system in Gent revealed that on the coldest days more energy was being used to heat a tram than to actually move the tram itself.

By carefully measuring the way that trams use electricity, De Lijn was able to design and manufacture a solution which kept trams sufficiently warm and ventilated but cut their electricity use and CO2 emissions.

By comparison, the footprint of a car is 0.64m² per person-kilometre. This did not stop De Lijn seeking further environmental efficiencies, and the company also decided to look at ways of saving energy that had not previously been considered by public transport operators.

The chief engineer for trams in East Flanders, Patrick Debeuf, wanted to find ways of cutting direct energy use. Trams are powered by electric motors, which are highly efficient – so very little waste heat is produced, which means that on-board heating has to be electrical. In 2010 Debeuf’s team fitted a typical passenger tram with a comprehensive system of measuring devices (the ’Measuring Tram’) to capture data on electricity consumption in all areas of the tram’s operation, including heating.

The data collection and collation was carried out by VITO, the Flemish Institute for Technological Research. The results showed the team that there was significant potential to reduce electricity consumption from heating, and developed a system that managed the tram’s heating system more efficiently while ensuring continued passenger comfort.

Several systems are integrated via an on-board computer in a heating and ventilation management system mounted in the roof of each tramcar. During winter, ventilation is controlled purely through this system and it is not possible to open windows.

The first modification involves a simple step of slowing the heating fans while the doors to the trams are open – avoiding warm air being blown out and cold air coming in to the tram. The second measure was to vary the on-board temperature according to external conditions.

In the past, trams were always heated to 19°C, but because passengers wear warmer clothes on cold days, they can become too hot if the temperature of a tram has a fixed level. Instead, De Lijn realised that it would be better for passenger comfort, and use less energy, if the internal temperature setting was lower on colder days.

Finally, sensors in the passenger areas of modified trams monitor CO2 levels. A large number of people in a confined space will exhale a large volume of CO2. Too high a concentration will cause drowsiness, and eventually headaches – so it is important to ventilate. On conventional trams, fresh air is continuously drawn into the tram and then heated before being blown into the passenger areas so the air is constantly refreshed – but at a very high energy cost.

On modified trams, sensors feed information to the on-board computer, which ensures that levels of CO2 inside the tramcar remain within safe and comfortable limits. When CO2 levels reach 3,000ppm, the computer opens valves within the roof-mounted ventilation unit, which allows fresh cold air to be drawn in and heated, to bring CO2 concentrations back to acceptable levels.

How much does it cost and how much do users pay?

The cost of retrofitting each tram with the technology was €4,500. The reduction in annual energy costs per tram amounted to €5,000 – achieving a payback period of less than 11 months. All the elements of the new on-board energy management system are either off-the shelf, low-cost parts, or simple components manufactured in-house. The computer is a regular model, albeit one developed to withstand extremes in temperature and vibration.

The valves within the ventilation unit are very simple pieces of metal, developed in-house by De Lijn. The on-board CO2 monitors and electric motors controlling the valves are also off-the-shelf parts. The ventilation systems are maintained as part of regular tram maintenance and are expected to have the same lifetime as other electronic and mechanical systems on the tram. Components can be easily replaced if there is a breakdown, but the systems are however very robust, and are not regarded as ‘delicate’ equipment needing high levels of care and maintenance.

By comparing data from the measuring tram on similar winter days, before and after the energy management system was installed, it was found that the electricity consumption fell from 4.6 kWh to 3.5 kWh per km – a drop of 31%. Extrapolating this over the year (including the summer when less heating is needed) De Lijn estimated that this could reduce electricity consumption by 20%, or around 36 MWh/year per tram. Over the total fleet of 125 trams fitted to date, this is equivalent to a total of 4,500MWh per year.

Belgium’s high nuclear contribution to its electricity mix means that on average each kWh of electricity generated produces 0.276 kg of CO2. The electricity saving is therefore equivalent to about 10 tonnes/year CO2 saving per tram, or 1,250 tonnes/year for the current fleet in Antwerp and Gent.

The Measuring Tram is part of De Lijn’s wider efforts to reduce its environmental footprint, elements of which are focussed on its staff, including encouraging them to make greater use of public transport and car sharing as an alternative to sole occupancy car use. De Lijn’s workforce as a whole is therefore adopting a more sustainable set of travel habits.

As each tram was modified with the heating energy management system it received prominent branding to show that it was using less energy. This promoted energy reduction to De Lijn’s travellers, and further enhanced the ‘green’ credentials of De Lijn as a public transport provider in Gent.

De Lijn’s project not only reduces CO2 emissions but it also has an immediate and dramatic effect on energy consumption, resulting in a sound business case, with payback achieved within 11 months. A saving of €5,000 per tram per year represents a fleet saving of over €200,000 per year in Gent alone. New vehicles will benefit from these lower running costs from the outset. 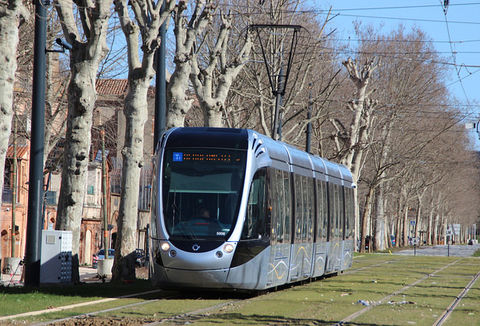 De Lijn has developed a solution that can be applied in principle to any public transport system that is electrically driven or has electric heating systems and also electric cars. Public transport operators have the power to specify heating and temperature systems that reduce energy use and to stipulate the monitoring of CO2 to ensure passenger comfort.

It is worth noting that although the key focus in Belgium, as a northern European country, has been reducing heating energy consumption in winter the approach is equally valid in hot countries: air conditioning temperatures can be varied according to actual external temperatures and CO2 levels monitored and fresh air intake managed in a similar way.

De Lijn will continue to seek new ways of optimising energy efficiency in its fleet, and across the whole of its operations. The company is already looking at how the technology it has developed can be used in its depots to reduce the consumption of energy for heating. More widely, the ecological footprint will continue to drive De Lijn to further reduce its environmental impact. One idea that will take energy saving to the next level in De Lijn’s new fleet of 43-metre long trams is an internal partition halfway along the vehicle. At quieter times of day, one half of the tram could be locked out of use and not heated at all, further reducing the energy required.